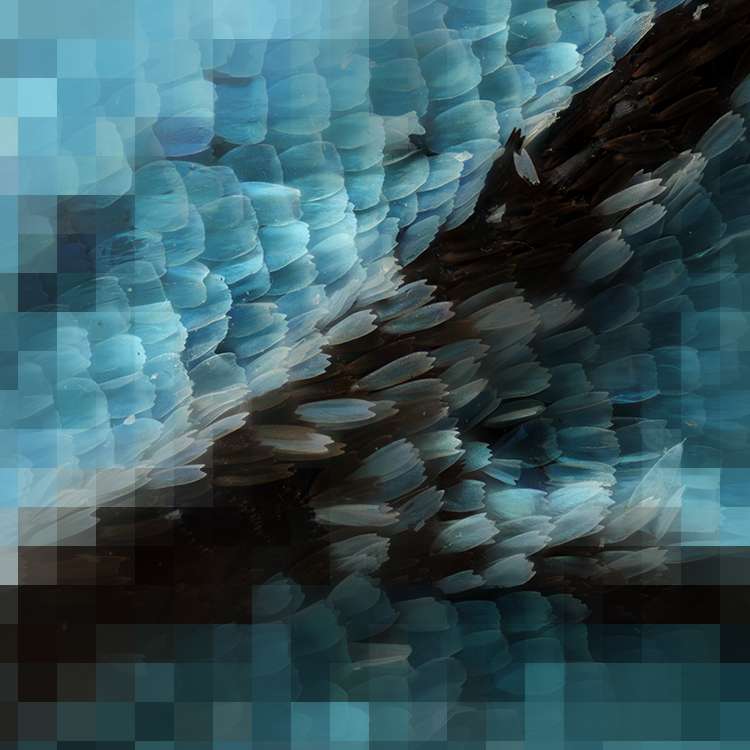 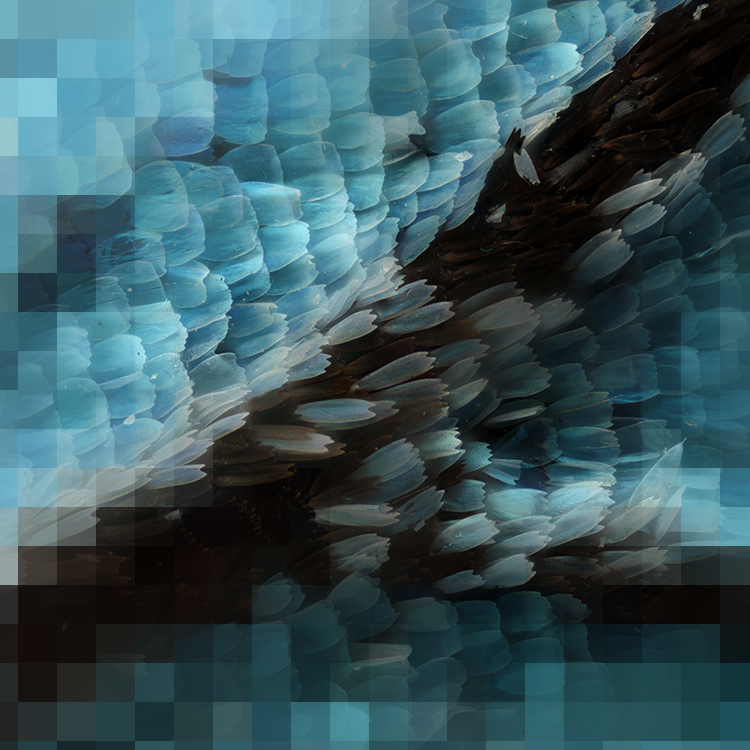 The winner of the FRAMOS Young Art Collection 2016 is the image “Morpho50x” from the photographer and technology nerd, Michael Bachhofer. With a robot he developed himself, the Viennese jack of all trades takes photos of boundary structures between objects and the outside world in the giga-micro range with a magnification factor of up to 50 with a 2 micrometer depth of field. Morpho50x shows the detailed wing scaling of the azure Emperor butterfly. The 180cm by 100cm work is hung behind acrylic glass with a 3D effect in the image processing expert’s design-oriented company headquarters in Munich.

Art for the eye and the perception of images

FRAMOS as a global technology partner for image processing from sensor to system has supported aspiring artists since 2011 with the Young Art Collection. These works build a bridge between technology and art where engineers and imaging specialists find automation and digitalization solutions using visual sensors. With the GigaMicro series, Michael Bachhofer is pursuing a similar approach in the artistic field

An interview with Michael Bachhofer

Mr. Bachhofer, your picture, “Morpho50x”, shows a butterfly wing with microscopic precision. What gave you the idea to pursue this rather scientific approach?

The image shows the detailed section of the wing of an azure Emperor butterfly, known also by its scientific name, Morpho peleides. Thematically, it fits right between my other butterfly projects “The Pattern which connects” and “You are beautiful … / handsome…”. While they, in principle, deal with the interaction between art and science, Morpho50x tries to provide a ‘pseudo-real’ and extreme insight into the micro world. The specific motivation behind this image is to sound out the border of the technically possible. The 50x lens is my most powerful lens and generates the highest-possible magnification factor. I was curious as to which spatial effect the butterfly wing would present themselves in this micro-detailed observation. Primarily, it is my passion to discover, to continuously see and experience new things. And I would like to share what I found out with others. Morpho50x is unique; it is my only experiment with the 50x microscope lens so far.

You built a robot and special software for “Morpho50x”. Please explain the technical realization and challenges. 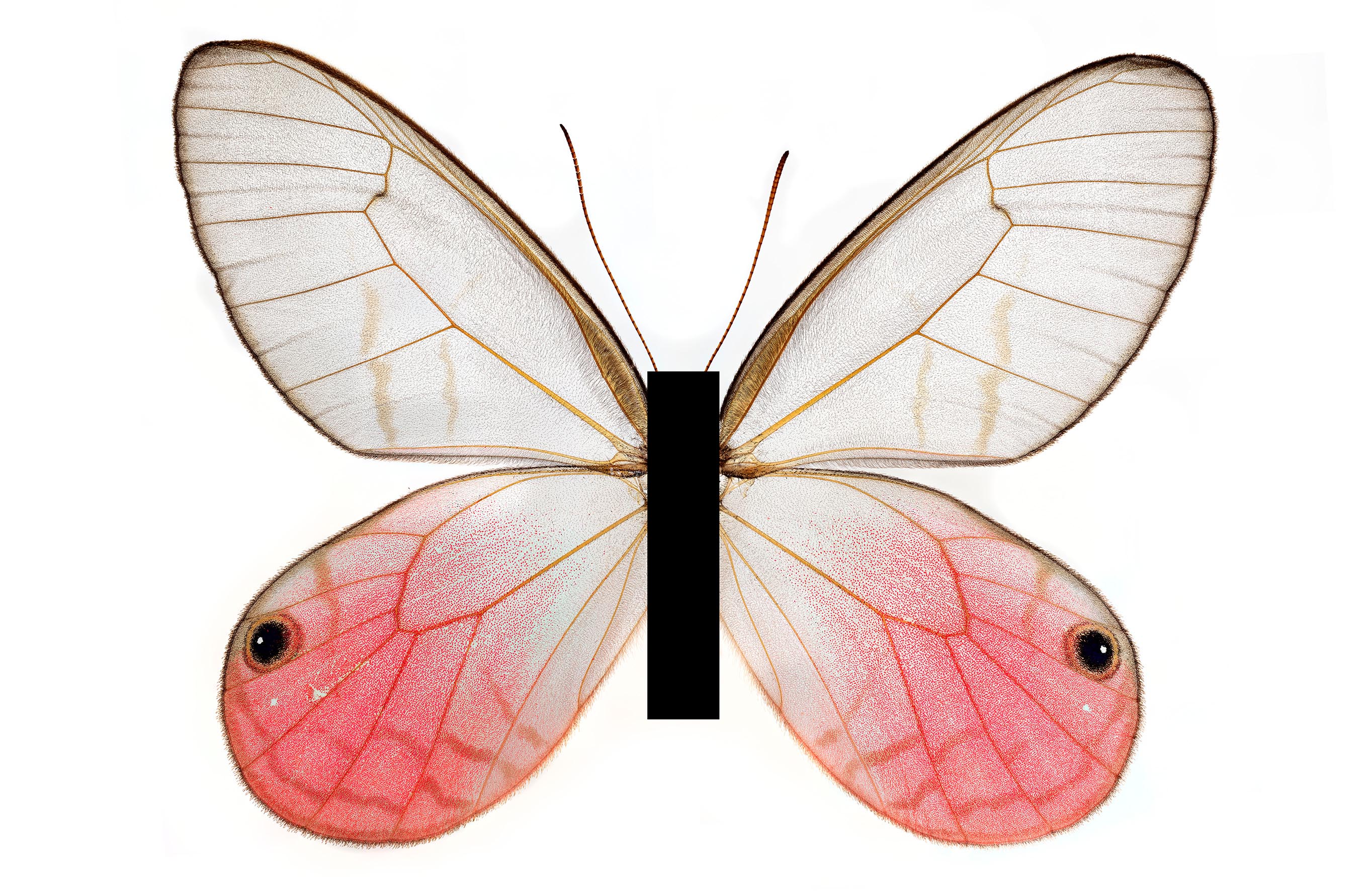 It is difficult to work in such extreme magnification ranges. The depth of field is only 2 micrometers and even the smallest vibrations causes a loss of focus. That can be minimal vibrations from the subway, street traffic or a washing machine. For my butterfly projects, I developed a robot that allows me to position the camera and microscope lens in the nanometer range, with the help of a computer, or sequentially scan areas using partial automation. In order to expand the focal range to the entire image, I used ‘focus stacking’, meaning overlaying various images with varying focus. The larger photograph is then created out of thousands of individual images using ‘image stitching’ since otherwise, only a very small area of the butterfly wing would be visible.

The GigaMicro series, which includes the Morpho50x, is a far-reaching artistic ambition. What is your approach?

In addition to my network analytical efforts, GigaMicro is a contribution toward the visualization of science and technology in the area between art, science, technology and society. Art often only speaks to the elite, people who go to art museums, galleries or art shows and can afford art. With GigaMicro, I would like to provide new insights into artistic and technical perspectives and present them to primarily people without much of an affinity for art but who are open and curious.

Butterflies are a recurring theme in your work. What do you associate with these animals and how do the reversed or damaged scales fit into the overall context?

Even as a child, I would sometimes catch butterflies with my bare hands and their scales would stick to my hands; at the time, I thought it was magical fairy dust. The butterfly became my power animal. Having started studying countless courses and splitting my attention between projects in the fields of art, science, technology and other wild ideas, I still sometimes jump from petal to petal; that’s where I get my liveliness. A few years ago, I lost the skin on my hands and feet due to a severe illness. I wanted to photograph the flakes as a boundary structure between me and the world but I failed because of my pulse and its vibration and the low depth of field. So I had the idea of photographing the scales of a butterfly as a symbol of myself. Plus, butterflies are of course much more aesthetically pleasing than my skin. There had never been a 3-meter large, full 300dpi butterfly wing before in the world and I was suddenly able to read stories from the butterfly. For instance, the traces of the aerial battles the male butterflies fought over the females fascinated me. The damaged scales were a huge motivation for me to photograph this motif in particular at a magnification factor of 50. I like the appearance of perfection, but perhaps even more, the charm of the imperfect. 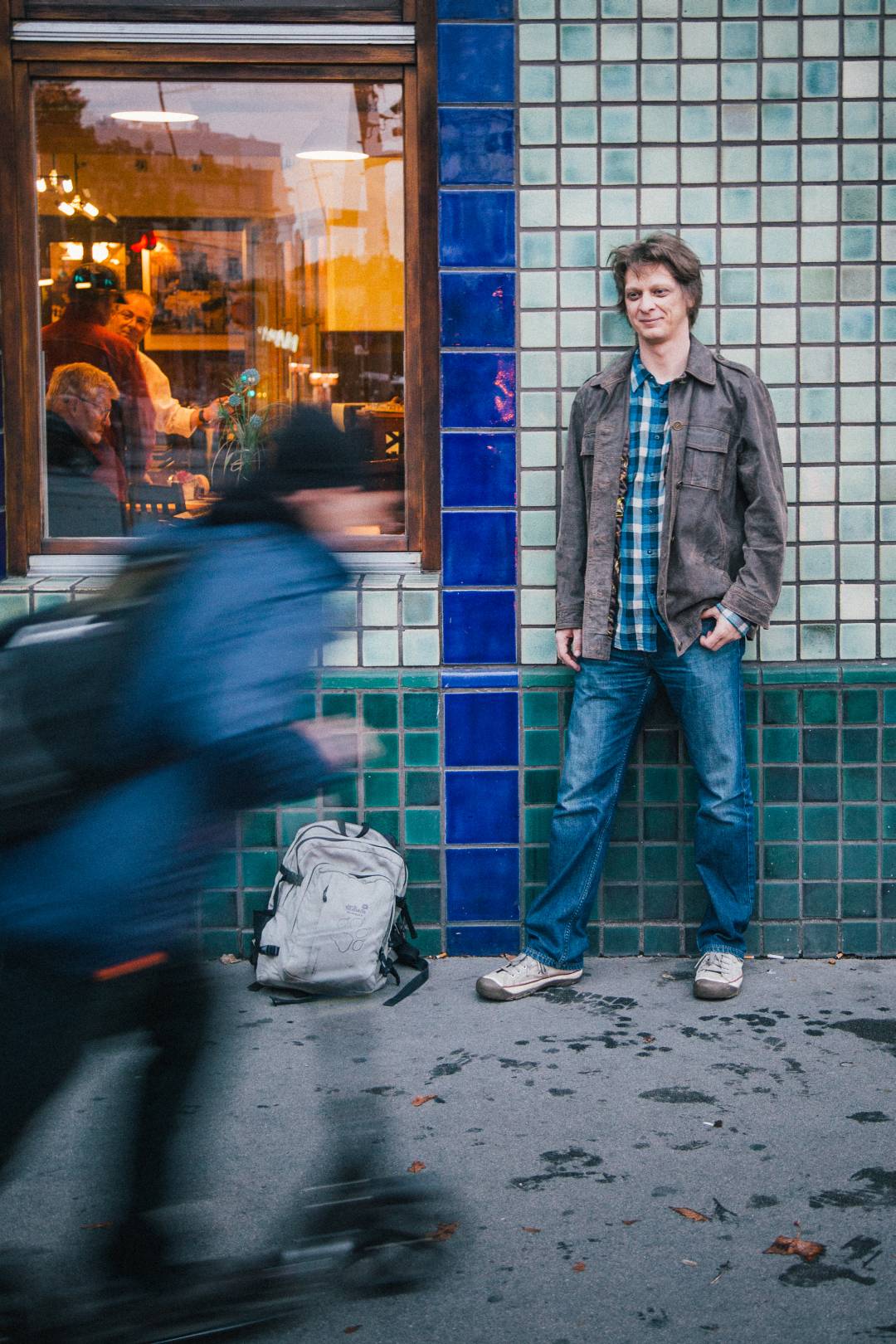 Michael Bachhofer, born in 1976, comes from the Styria region in Austria. After working in electrotechnology, biology and ecology, ethno-medicine and media design and studying artistic anatomy and photography in Tokyo, he now lives and works as a freelance artist in Vienna.

His work is focused on examining, changing and expanding human perception by applying artistic-scientific methods which normally make the invisible or simply overlooked perceivable. To this end, Bachhofer applies a variety of methods such as photography, film or sound installations and continuously experiments with new methods. As a follower of radical constructivism, he assumes that any perception is completely subjective. Accordingly, perception cannot portray a reality that is independent of consciousness. Bachhofer is trying to use his art to discover reality knowing that a universal reality cannot be reached. All of his works consist of multiple individual photos which, combined, create a larger whole.