The Advantages of SONY®’s Pregius Line as a CCD successor 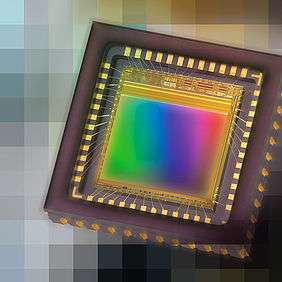 THE LAUNCH OF THE SONY PREGIUS™ SERIES IN LATE 2013 MARKED A MILESTONE IN THE HISTORY OF IMAGE SENSORS.

Its outstanding performance, success and large consumer capacity were among some of the triggers resulting in SONY’s decision to shut down their CCD sensor development and production, despite their technology and market leadership. The Pregius series combines the image quality from its Exmor technology with high readout speed, an electronic global shutter and the low noise EXview HAD II Technology from the CCD designs.

The decisive step in the evolution of CMOS was taking images using the global shutter principle and combining this with vastly increased speed and outstanding image quality. SONY first made this breakthrough with the development of its 1st global shutter generation, the IMX174. 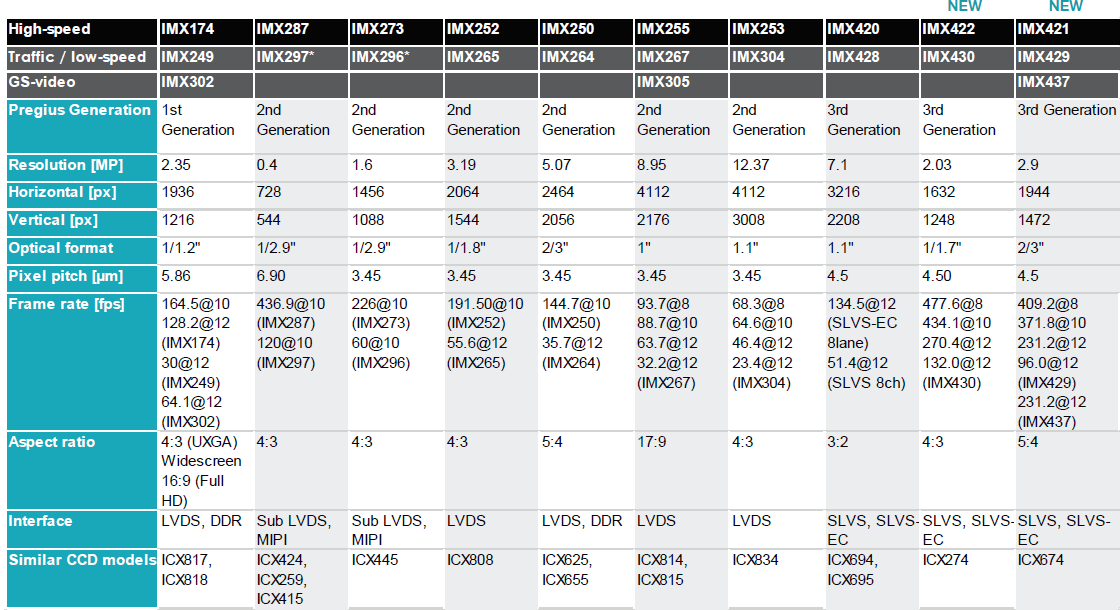 The SONY Pregius series of Global Shutter CMOS sensors has evolved over several product generations. Each generation features similar architecture of the pixels and readout circuits. Every generation brought individual improvements over the previous one, but also came with different trade-offs between pixel size, saturation capacity and sensor size. Therefore, the application requirements will determine which Pregius generation is best suited.

The innovations of the 3rd generation deliver clear improvements, mainly in terms of image quality and speed. Based on these improvements, an increase in performance is seen through improved detection quality in applications with moving objects such as running production lines and robotics applications as well as in the ITS and automotive sectors. The increase in pixel size of 4.5μm produces a much higher saturation (25,000e-) than the second generation. Combined with the low readout noise of 2.5e-, the maximum dynamic range reaches a new peak with 80 dB, making improved light-dark detection feasible even in difficult lighting conditions. Based on the different quality improvements, it will be no longer possible to transfer this increase in image data any faster using the existing standard interfaces. SONY has therefore developed the SLVS-EC standard with 8 channels, which with 19 Gbps doubles the maximum output speed compared to the 2nd generation.

Properly matched components are a basic requirement for the success of Embedded Vision in the field of industrial digitization. With the increasing performance of processors and sensors and easy availability, image processing now has a much greater capacity for analyzing and interpreting images more effectively.

In Industry 4.0, artificial intelligence with deep learning approaches supports total automation as well as autonomous, robot-controlled production lines. In the consumer segment, autonomous cars are learning to see, and virtual reality glasses transport wearers to new worlds. CMOS sensors are making a significant contribution to this development. In classic inspection tasks, the design of the CMOS sensor reduces the risk of false measurements or incorrect detection where soldering and assembly tolerances are low.

See full article on the CCD to CMOS development and how CMOS improves industrial applications.

In combination with the general miniaturization of sensors and electronic components, CMOS technology with its technical advantages and advances is a driver for Embedded Vision, new industrial applications and the integration of image processing into robotics and automation, the Smart Factory and the digitized processes of Industry 4.0. Developers and users can look forward to seeing which technical innovations manufacturers will come up with to begin the next stage of evolution.